Alhamdullilah We Made It

In putting together the visual arts program for the OzAsia Festival, Artistic Director Joseph Mitchell has selected artists who represent a snapshot of contemporary visual art in Indonesia at this point in time.

The inclusion of MES 56 in the program shows the diversity of contemporary art in Indonesia.

“I like the way they turn some of the simple aspects of photography on its head in that it’s a collective rather than an individual taking the photograph,” says Mitchell.

MES 56 was established in the late 1990s, when a group of photography students at the Indonesian Institute of The Arts Yogyakarta, lived in a rented house that used to be a Mess for the Indonesian Air Force in Koleonel Sugiyono, street no 56. The artists were creating experimental works and with a lack of galleries to display them they decided to develop their own gallery and organistaion, Ruang MES 56.

Wimo Bayang, a member of MES 56, says: “Our mission is to develop contemporary art discourse and visual culture, while also optimising art networks in the South East Asia region through several programs and activities such as residencies, presentations, discussions and interdisciplinary art projects.”

“MES 56 are doing this experimental photographic exhibition where they superimpose the end point with the reality of where they are now and play around with the layers, the dreams of these people. It’s documentary photography about where they might be going mixed with where they are at,” says Mitchell.

The artworks draw on posters created by the Australian Government, which are displayed around Yogyakarta refusing refugees entry into Australia. “It gave us a good context and idea to work with since these refugees would want to come to Australia. So we wanted to realise it with digital manipulation,” Bayang says.

While MES 56 are dealing with a topic that’s political they are not trying to create political artworks but are instead approaching it from a perspective of who these people are.

“Through art we can learn that this issue is not only between Australia and Indonesia,” Bayang says. “It is a world problem, it’s a human problem. Artists cannot solve political problems or stop wars, only politicians can do that. Artists try to see and show the world that politicians are not able to see.” 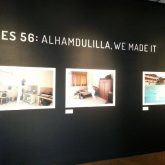 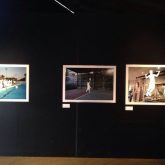 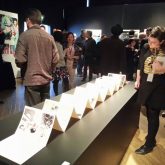 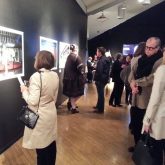 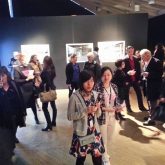 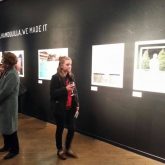 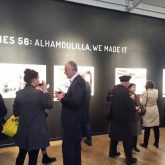 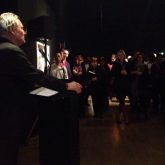