The Sweet and Sour Story of Sugar 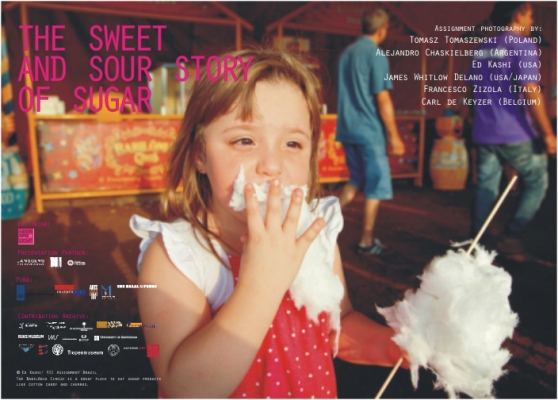 This project is within the framework of the Noorderlicht’s “The Sweet and Sour Story of Sugar ” project: a photographic investigation of the globalization process through the commodity of sugar in the (former) Dutch sugar empire. The project is combining the photographic representation of the Dutch colonial sugar industry in Indonesia (Java), Suriname, Brazil and in The Netherlands – with the new photography assignments on the present condition of the industry at the same geographical locations.

Noorderlicht has been responsible for collecting the artistic ingredients of the project, the realisation of the new photography assignments and the archive research. Presentation partners are cultural institutes in Jakarta (ruangrupa), Yogyakarta (Langgeng Art Foundation), Paramaribo (Tembe Art studio), Sao Paolo (WZM-Platforma Brasil Holanda) that each independently design the process and realization in their respective country.

The global objective of this projects is reviewing the historical and contemporary aspects in which the process of globalization is examined from the story about sugar, seen through the perspective of four different countries: Brazil, Suriname, Indonesia and the Netherlands.

By comparing the historical/colonial photograph about the commodity of sugar industry in the (former) Dutch sugar empire from and the new ones on the same subject and geographical locations, we endeavor to unravel the continuities and discontinuities of globalization and its impact upon the respective societies over time as well as how these may be mediated, interpreted and critically commented through and within photography.

With this project we intend to encourage the creation of a new dialogue: understanding The Sweet and The Sour Story of Sugar (as sugar plays an important role in Indonesian society) will specifically assists the community in understanding their national identity. While in general, this project aimed to provide an understanding about the world in which we live: either seen through the perspective of history, economics and politics by using the approach of art and cultural programs.

In the same time, this project also aimed on supporting the artists who is being commissioned to make some new works inspired by the archive being provided; or by inviting artists to participate in the workshop program. Their works will be promoted in the form of exhibitions which will invite broader public to come.

Further more the specific objective of this projects are tell the complex story of globalization seen through one product: Sugar. Create public awareness on the important stories around sugar. Encourage dialogue on the present social and cultural diversity in Indonesia by looking at the shared past. To serve this project as a portrait and reflection that explains current condition of the nation: the past – when the sugar industry in Indonesia reached its peak,  and the present – when sugar production are low while the demand is high, thus giving a full and broader naration for the government’s policy making process. Supporting and promoting the work of artists who is commissioned to make some works inspired by the archive provided and also by inviting artists to participate in workshop programs within this project.

There are some goals expected by this projects sort of  disseminating knowledges of unpublished historical visual material: the story surrounding the production of sugar from colonial times until today which have never been known by many people through unique presentation (exhibiting photographs in the format of a store and cafe besides normal on-the-wall exhibition). This unique presentation model entails curatorial freedom (partners can take out elements/topics /images that are considered irrelevant and can add elements/topics/images that are considered more relevant for the local story); presentational freedom where the choosen form is adapted to the local needs, e.g. multi-media installation, traditional presentation, outdoor billboards and projections on buildings) and contextual freedom (embedding in their own collection).
Provide useful information, about how sugar production has a strong relation to, for example: introduction to technology and nationalism and its social, political and economic impact by giving workshops/discussions as well as providing catalogue for the audience. Establish a dialogue between the arts, bureaucrats and stakeholders (particularly in the  economy sector) on the public lecture program, then to be socialized into another form of documentation and publication.
Next in the future we hope keen impulse an art project based and inspired by colonial photographs related to but not limited by sugar industry which will engage local community, stimulate local artists and photographers, exposing local archives. More over the global goals is creating international collaboration and co-creation in an experimental, unique way, between artists, photographers, curators, archives and cultural organizations in the four participating countries.