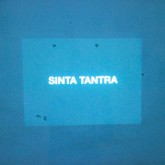 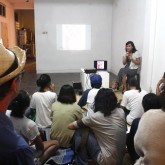 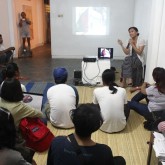 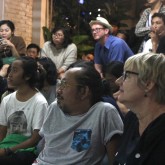 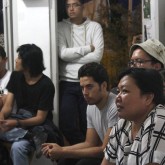 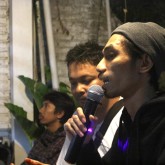 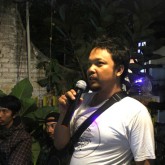 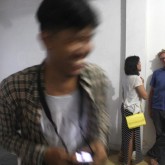 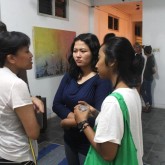 A British artist of Balinese descent, Sinta Tantra was born in New York in 1979. She studied at the Slade School of Fine Art, University College London 1999–2003 and at the Royal Academy Schools 2004–06. Tantra is well regarded for her site-specific murals and installations – many in the public realm. These include works for, Transport for London, the Southbank Centre, Canary Wharf Group, Liverpool Biennial, Bristol Royal Hospital for Children, Newnham College, Cambridge University. She has been recently shortlisted for the North Kensington Public Art Sculpture Commission alongside finalists such as Julian Opie, for her collaborative work with British sculptor Nick Hornby.

She describes her works as ‘painting on an architectural scale’, which celebrates the spectacle, questioning the decorative, functional and social role of art. Sinta Tantra has received many awards, including the prestigious Deutsche Bank Award, and this year she has been selected by the British Council and Arts Council UK for the International Development Award for her residency with Cemeti Art House and Ruang MES 56. During her residency period in Yogyakarta until the end of September, Sinta will explore Batik and make a research on mural and street art.